We are immensely proud of the work we have done with the ISPCC. Pushing the envelope in terms of production we created a ‘sad room’ to help promote ISPCC Childline and their Mental Health campaign. In this award-winning film every poster on the teen’s wall reflects the way she feels and gets sadder and sadder as her emotions take hold. A simple yet evocative way to let teenagers know that when things seem hopeless there’s always someone ready to listen.

Children believe what they’re told. This insight led to a thought-provoking and unsettling campaign that highlighted the vulnerability of children and the emotional abuse they can suffer in silence. With no physical scars to raise the alarm this type of abuse can go unnoticed, but the ISPCC are always there to protect and listen to children. The campaign asked people to wear an ISPCC shield to donate and show their support to the charity.

Every child has the right to grow up safe and protected. This hard-hitting and hard to watch campaign was a plea to the public to join the fight for children’s rights. We watch as a child explains why he can’t wait to grow up, while being physically abused by an adult. This unsettling and emotive work struck a chord with the public and won many accolades both here and abroad.

The iconic ISPCC Childline logo needed to be reinvented. Changing times and the influence of technology made the telephone logo outdated. We still wanted to keep the core of ISPCC ‘we’re here to listen’ as part of the logo, so we created a speech bubble incorporating into the ‘P’ that would signify all types of communication going forward from calls to texts to one-to-one interactions. 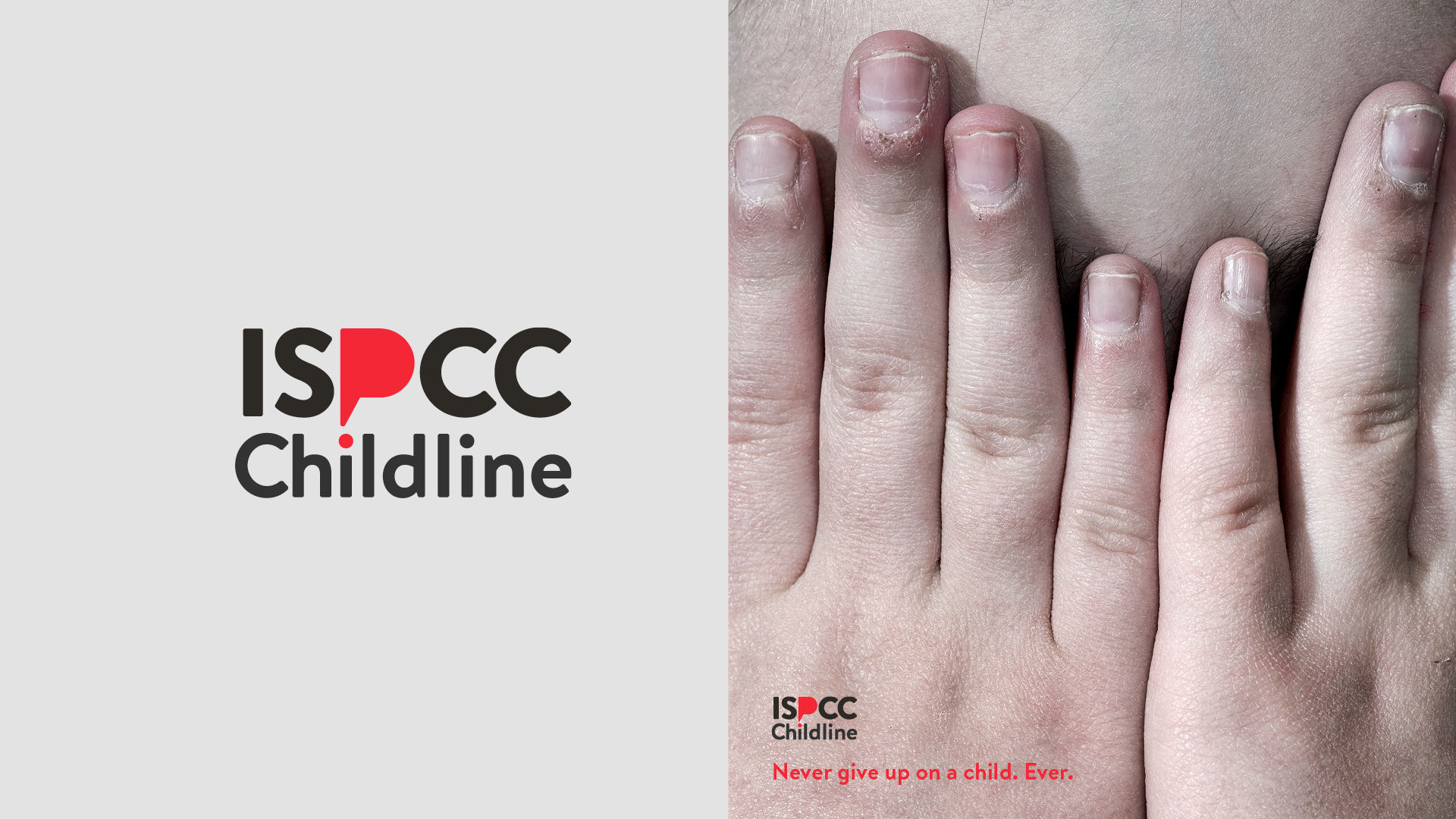 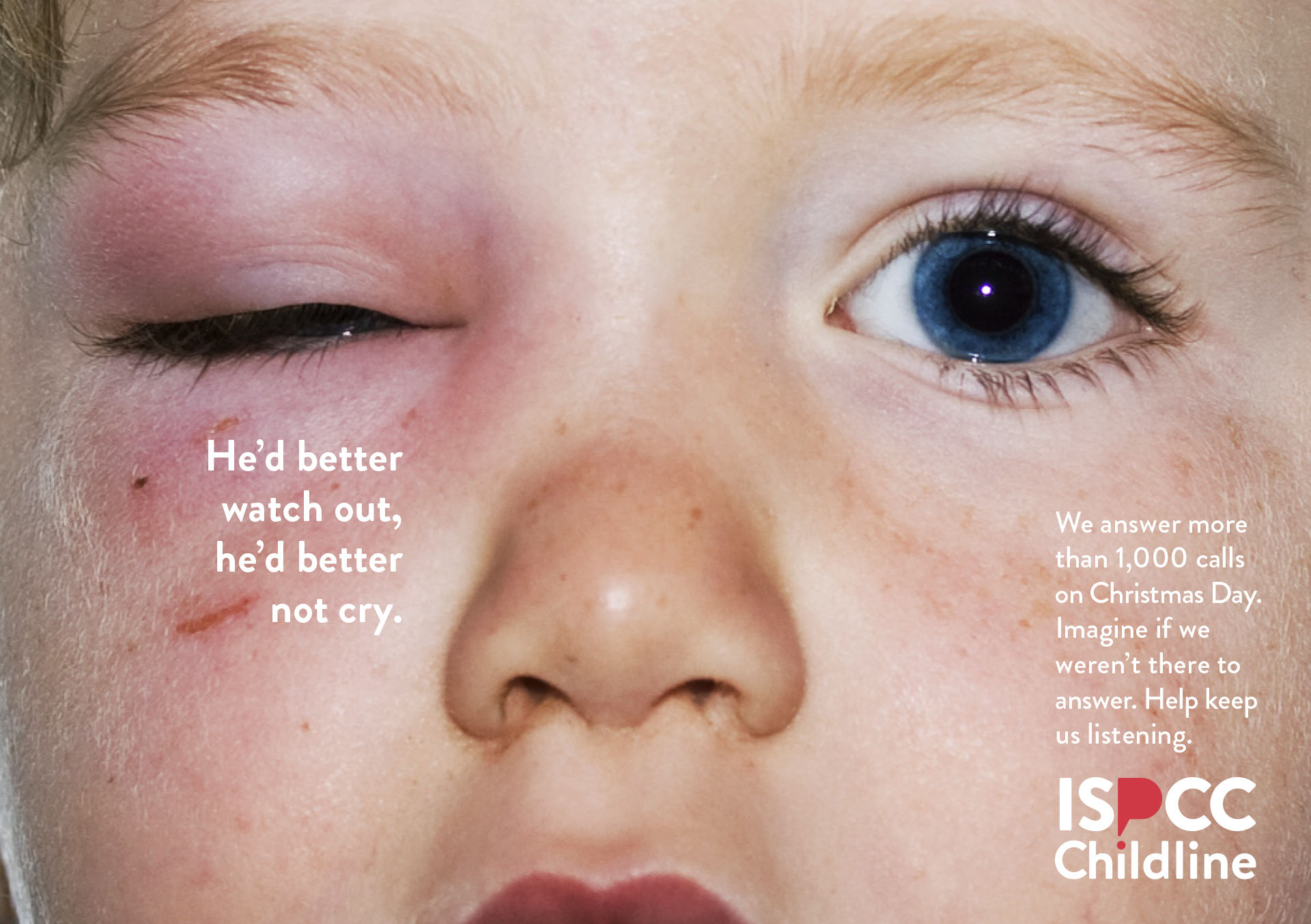 We use cookies to ensure that we give you the best experience on our website. If you continue to use this site we will assume that you are happy with it.AllowDon't AllowPrivacy policy